FOG AND LIGHT: San Francisco Through the Eyes of the Poets

Fog and Light: San Francisco through the Eyes of the Poets Who Live Here by Diane Frank
My rating: 5 of 5 stars

What a place! That’s just what I had to say when we came to visit my Aunt Dawn and Uncle Jim and played hide and seek with our cousins in the row houses with the arched doorways and tuck-under garages of the foggy Sunset District in the Baby Boomer days. Diane Frank, a former resident of Berkeley, shepherds and showcases 64 wonderful poets’ works into this kaleidoscope of words, ideas, images and experiences.

FOG AND LIGHT: San Francisco Through the Eyes of the Poets Who Live Here drifts in on the evening, a stately and specifically situated paean to the “City by the Bay.” This collection lingers and holds us with this place’s difficulty, delight and dreamlike human, desert and ocean dramas. 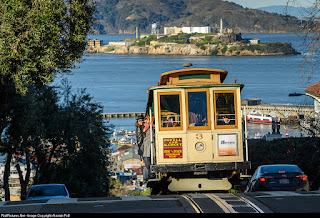 Even Lawrence Ferlinghetti gets into the act, in “Dog:”
with a real tale to tell
and a real tail to tell it with…
something to say
about reality
and how to see it
and how to hear it…

And Joan Gelfland responds in “The Ferlinghetti School of Poetics:”

Ferlinghetti’s words sink, weighted
On the business end of an invisible fishing line,
Dredging last nights’ dream to surface, gasping for air
Shivering like some catfish
Eyes bulging, wet lake water dripping off its scales.
The knife of memory slices open
That dream, finds me on haunted streets,…

Is the skill of life just keeping on
All the gears oiled, the doors open?
Even if the past keeps drowning and the knifed open
Dream fish still swims around?

The “many other celebrated poets” who editor Frank includes also craft images and sensations that ring beautifully true “through their eyes.” Some are specifically located, like Heather Saunders Estes’ “San Francisco, 14th Avenue:” (Outer Sunset and the Pacific Ocean)

The expanse of ocean
is in perpetual conversation
with the mutable sky.

In unexpected urban quiet
I pause on the narrow overlook –
thirsty for salt air and freedom.

Once a resident of Cow Hollow, Katherine Hastings gave The City a voice in answer to the “smooth-coated and swift” fog in her elegant "Clouds" excerpts:

Silver melt of sorrow’s opposite,
brush my waiting beneath the cypress
cleaved and swept, perpetually
receiving. Hold open your palm
Droplets gather fragrance from the shore
Torrential mist!
You are the poetry and the tongue
of my hills 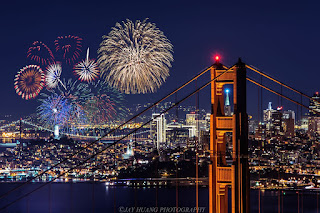 Not all are lyrical and landscape, however, just like the place. One of my favorites is Robin Lim’s “Daughter of a Cracked Dragon Teacup from Chinatown:”

…San Francisco … My daughter learned her Asian heritage
in your cement and sidewalk flower cracked dragon district.
Pregnant with her, I fought a cop,
for my right to park. He wanted my space
for “Official Business.”
Official business! This is just your lunch break?
Go find your own parking place! We all gotta eat. …

I grew so proud that the knives in my heart
from being beat up as a small kid because “Your mama’s a ni--er!”
flew back to hell. Even my scars softened.
I anticipated earth tremors. …

That cop I fought, he called me, “F---ing Dragon Lady.”
I was, I am, prideful. I don’t suffer insults anymore.

Right now, and today is one message; but also lots of specifically Bay Area poignant memories, like Meg Pokrass’ “Rice Paper and Luck:”
… How happy we were to know that world existed,
Lining up at the tofu truck, holding fingers. 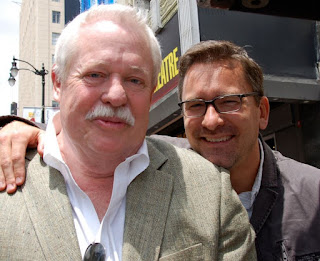 And Karen Poppy’s “Marina Safeway, San Francisco for Armistead Maupin” March 25, 2019:
…In Marina Safeway, back in the day, before tech
millionaires, before the impending influx of more, …
I’d have roller-skated my way between high pyramids
of avocadoes and bananas – myself high – not waiting
for their ripeness, not asking their cost, or mine.
Woken up blissful with anyone, not fearing death.

That Angel had not yet arrived here, unrolling a river,
merciless and vast, on which you saw all your friends
float by: wasted to bones, so young and afraid, dying
one after another. Beautiful, then gone. Just gone.
Whitman, Lorca, these are your dead, your children.
Do not turn from them. The Bay is wider than a river.
Is that optimism or sorrow, America lost even then?
As we look forward, look back, was San Francisco?

And here’s a wry and hilarious essence in Michael Angelo Tata’s “Tenderloin Darlings:”
…Blood or Kool-aid? Poop
or avocado? The sidewalks
are always rife with mystery…

Summations and ponderings like Chris Cole’s “San Francisco Told Me to Write You a Letter,” dance through inner-outer description, and then:

if i could,
i would keep the memories i want
and forget the ones i don’t.
but since i can’t,
i’ll just keep them all.

I’d like to quote many of the poems here in their entirety, so just go buy the book at your local independent bookseller, like Mrs. Dalloway’s or Eastwind or Pegasus or Sleepy Cat or Moe’s. Marianne Betterly’s “The Pleine Air Toilette of Madame X” is one of them, a perfect character study in two pages and three short lines; Lynne Barnes “The Call of the West” is a praise-song to “this people-plashed cove at the edge of creation,” and you’ll take home mini-portraits of neighborhood families and adventures, epistolatory poems, elegies, prose poems, lyric, pure imagist, sonnets, odes, praise songs for Oya, diversity, dignity and endurance; humor and lamentation.
Often I heard prophetic warnings: like Jack Hirschman on the “quiet glory” of Greta Thunberg and other “women…who can, / at any apt moment of injustice,/ become thunders of bluntness…/ resonating with “How dare you?!” 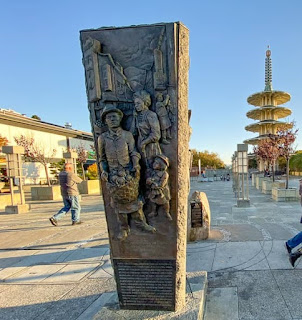 Means
it can’t be helped …
a tacit agreement
to adopt the government jargon:
relocation and internment,
not concentration or prison camp, …
Shikata ga nai means
End of discussion.
I don’t want to talk about it.
There’s nothing more to say.

“16th & Valencia” by Alejandro Murguía:
We were tired of living from the scraps of others
We were tired of dying for our own chunk of nothing
And I saw this barrio as a freight train
a crazy Mexican bus careening out of control
a mutiny aboard a battleship
and every porthole filled with anger
And we were going to stay angry
And we were not leaving
Not ever leaving
El corazón del corazón de La Misión
El Camino Real ends here

But I’m going to leave you with the end of the poem by Thomas Centollella, “Accumulated Knowledge,” which you must get the book for in order to read the first seven-eighths of:
I would like to say we were drunk in love, and went on to see
the better side of thirty – and forty and fifty. I would like to
say any number of things I wish were true. Don’t ask me what
happened
to the Toronado, both car and bar, or slow dancing to slow jazz
while time and its terrors take a back seat. Or how the night
and the day will take turns moving us, whether tenderly or
gingerly,
around a black and blue room someone named the world.


View all my reviews

Posted by momwc-chickadeecitizen at 10:16 AM

momwc-chickadeecitizen
West Coast North America
Seeking, supporting and sharing the creative, the interesting, the beautiful, the enriching, the compassionate and the surprising in human culture and global nature. Using my voracious reading, studied noticing and focused intuitive habits to expose the curious and interesting to the curious and interested. Enjoy! All images and text will be author, date and URL accredited as available; in the public domain or otherwise (c) Wyndy Knox Carr or submitting author, year of publication.